The Fantasy Collective closes on the 13th so I have a couple more bits to show you so you have chance to run over there and grab them.

First up is a gorgeous medieval feeling dress from The White Armory.

The Zihanna Of Sheera Gown comes in a choice of seven colours but I really liked the Fern because I'm a magpie for anything green. I love the texture and the detail on this gown. They've done a really good job.

The Neptune's Choker you can grab from Keystone. You can choose between either silver or gold and has adorable little trident on it. Very Little Mermaid.

The chainlink necklace is the Chainlink Tassles from The Forge. I went with the gold to match the Neptune's Choker and I think both look really cute together.

Damselfly have released Nakia for this round of The Fantasy Collective. I'm a fan of the Light Reds Pack so I made grabby hands for that one but of course you can choose your favourite. I love the length on this because it makes it perfect for taking cheeky naked pictures but still have your goodies covered.

Next up is something new for me but this was too cute not to show you. It's the newly updated Chloe Head from Genesis Lab. 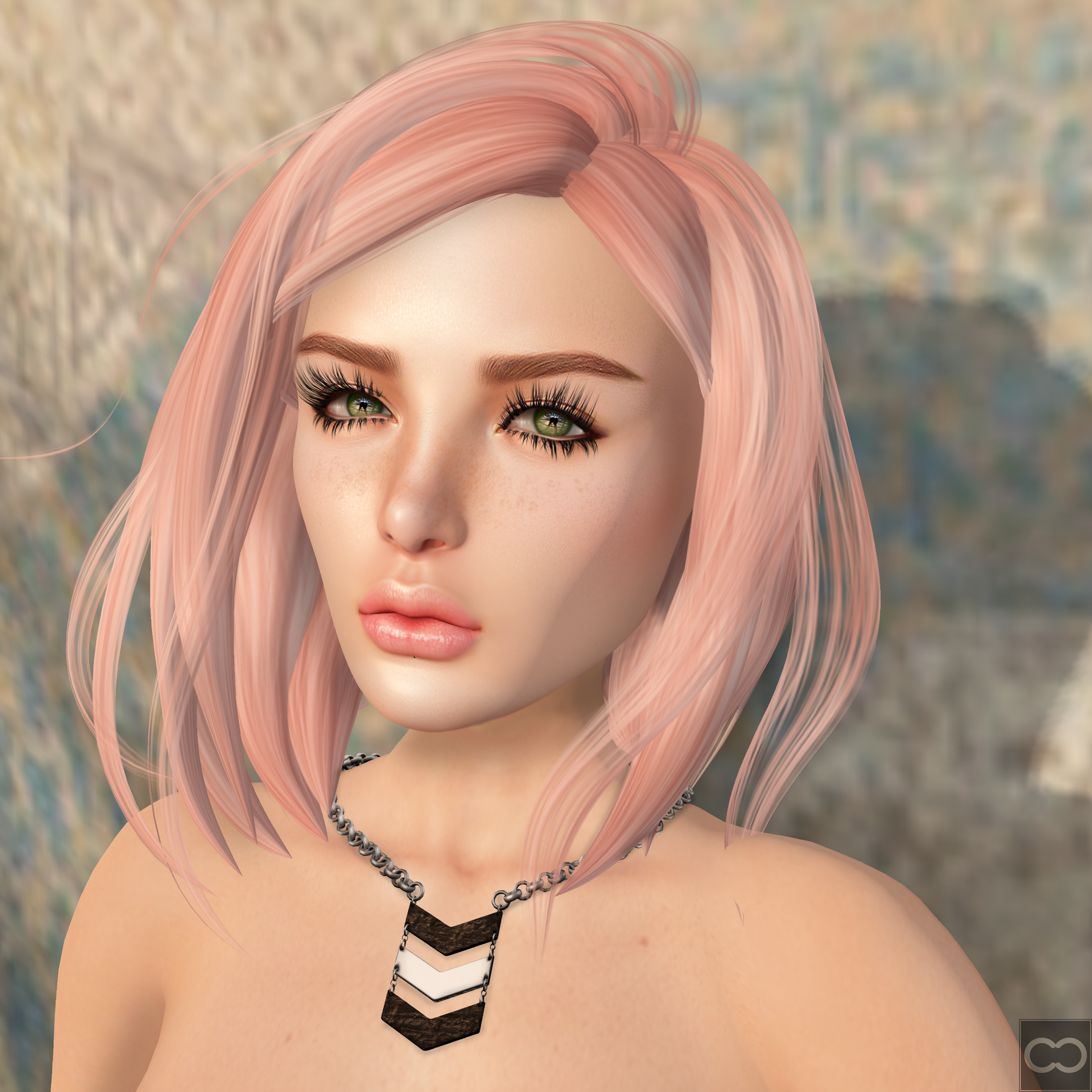 I'm in love with the lips on this mesh head but to me the eyes were a little on the slim side. I think I'm used to have big eyes in both SL and RL. The hud is awesome and allows you to add make up and freckles.

It includes ears and eyes but I found that the eyes provided don't move along with the SL eyeball so I ended up using my Ikon eyes. I also had to use my own eyelashes as it didn't come with any.

It's probably not something I'm going to wear regularly because I don't think a mesh head can released my SL face. it's been my SL face for almost eight years and nothing I've come across yet makes me want to say goodbye to it.