Cirque De Seraphim was a surprising shop for me. When I first heard about it I honestly wasn't that interested because I wasn't really a fan of the circus as a kid. However I saw more and more incredible poses coming out from some talented designers and I wanted them... so I had to go visit.

It's open until the 28th November so you still have time so go take a trip around the two well decorated sims.

Double Take released a bunch of great poses for both single users and for couples/friends. 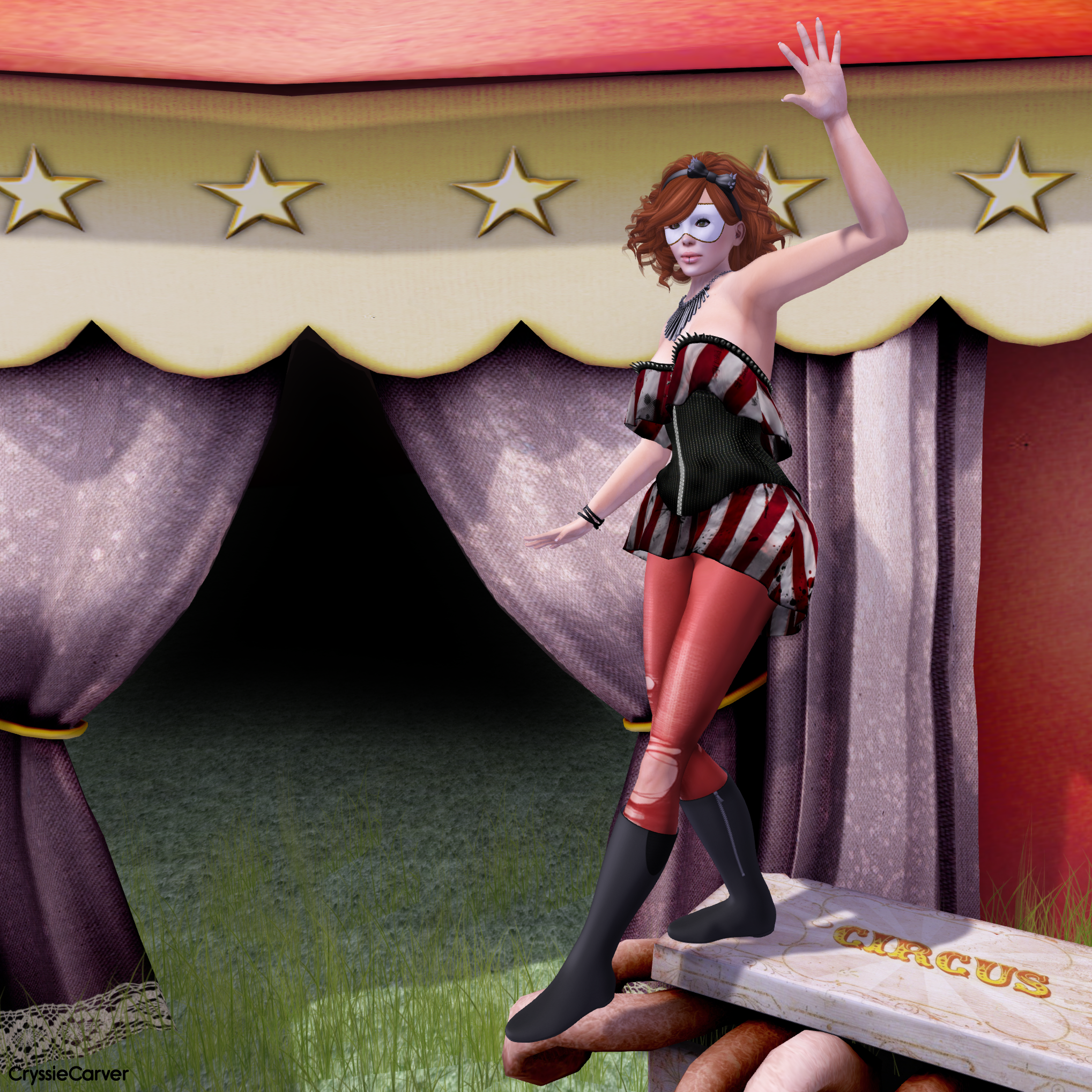 This pack is called High Wire and I liked the Don't Look Down pose most out of this pack. You could balance on a high wire with these too. 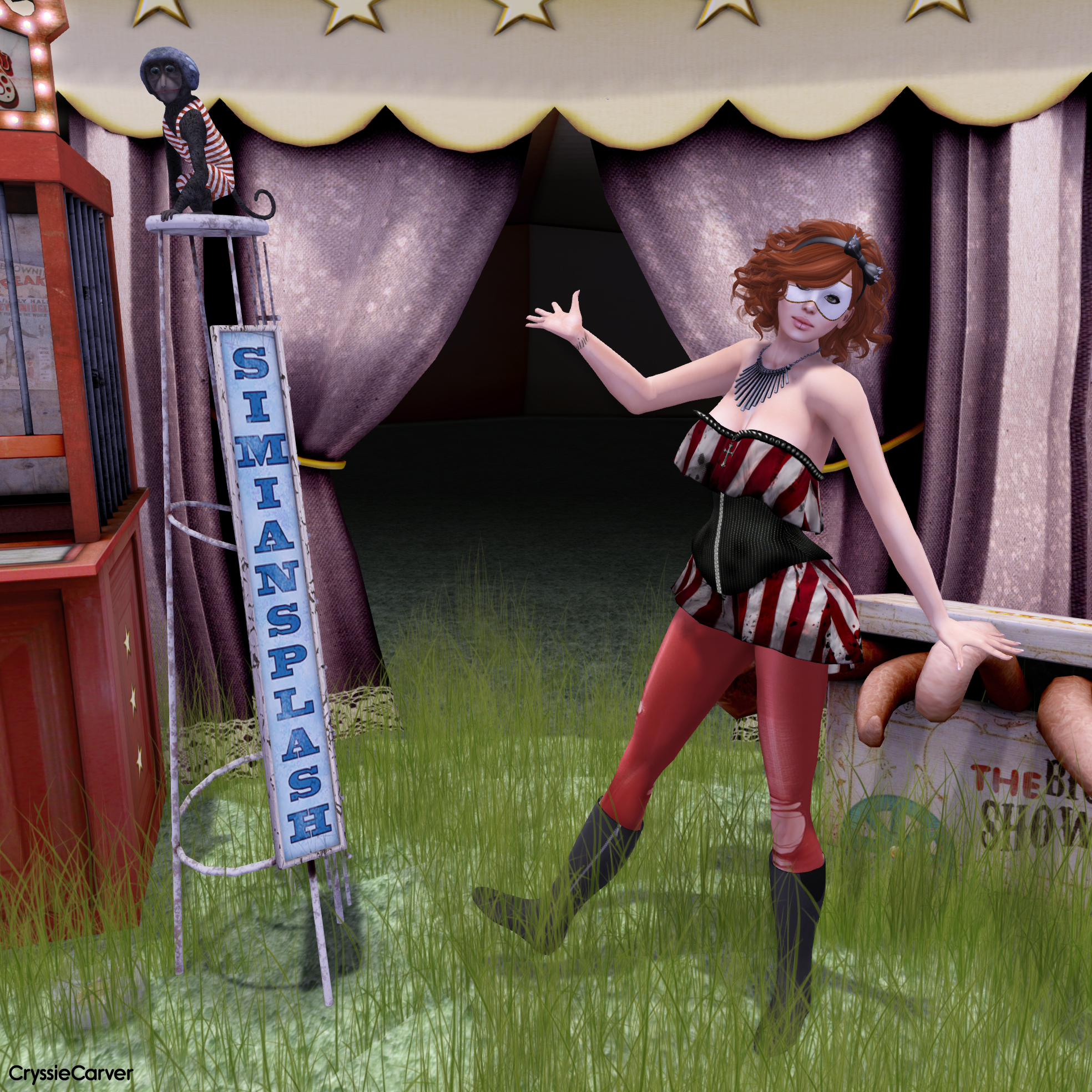 The second pack from Double Take is called Presenting. It's a pack of very dramatic poses that would be perfectly for the big top! This one is Three Ring Circus and you can be the Ringmaster! 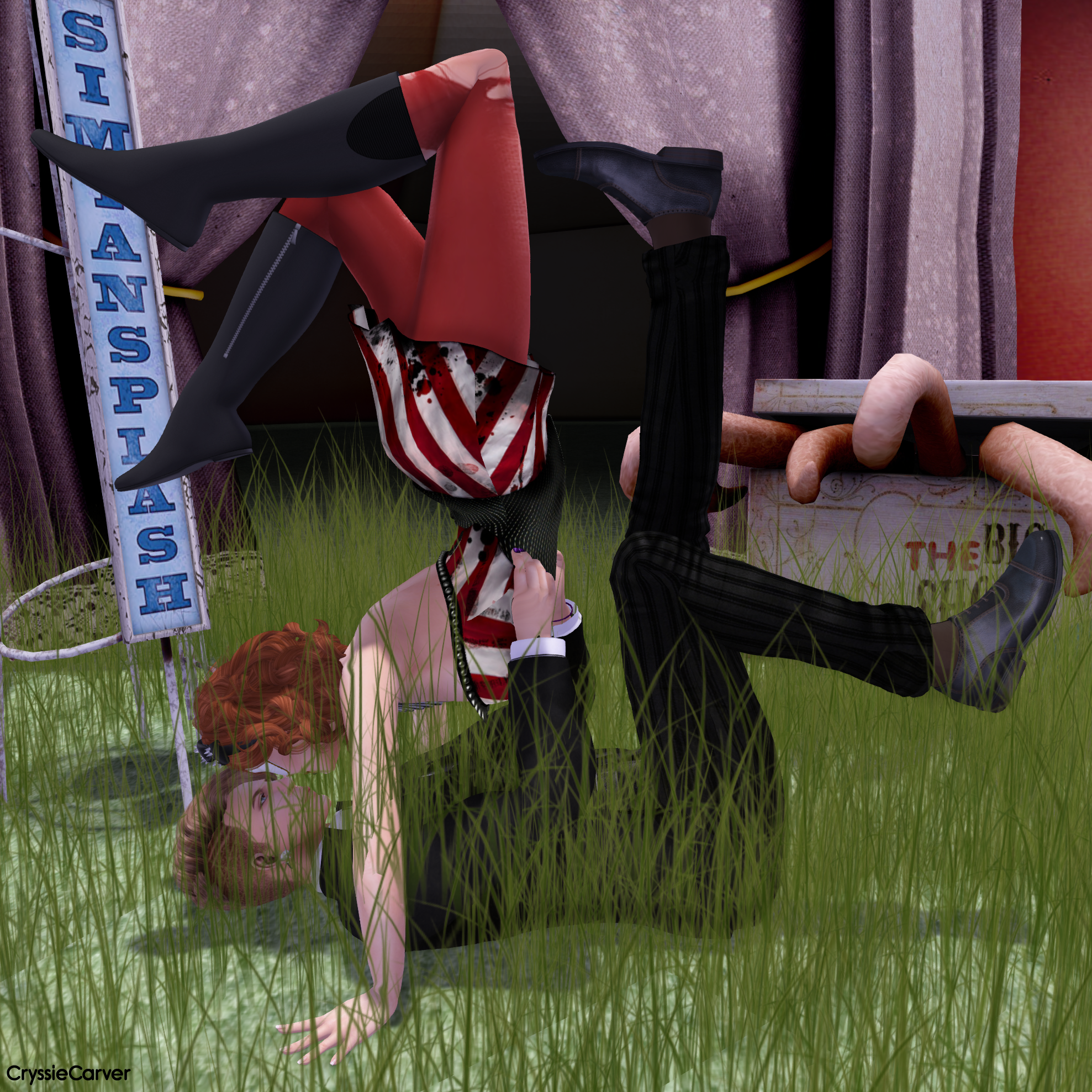 Last up is a couples/friends pose called The Juggler's Wife. I loved this pose most out of all of the released from Double Take and I managed to drag Amadeo with me to be the juggler. It's just a fantastic shaped pose.

Bang released a pack of poses that will make you bend over backwards to grab them. Literally. 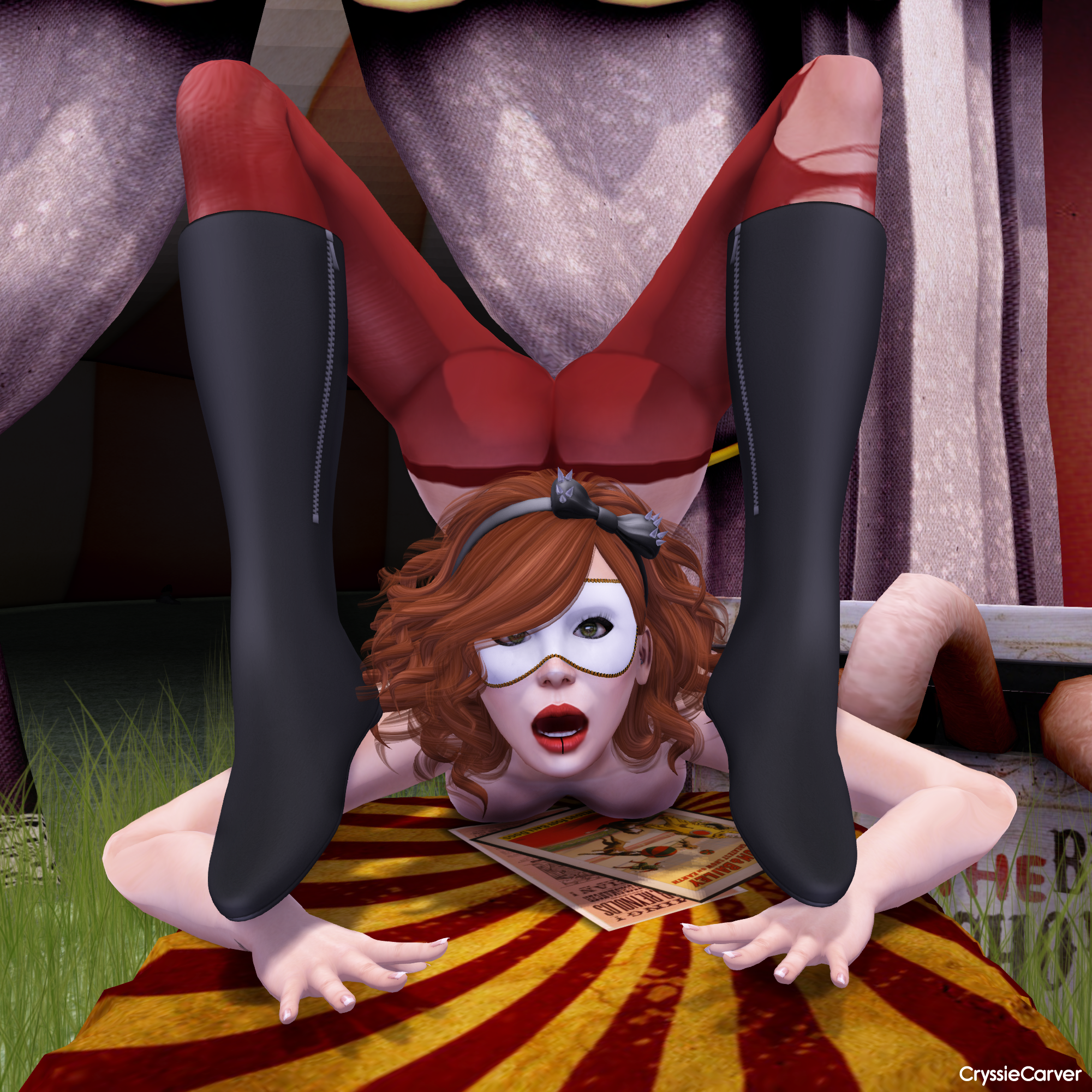 Stands 445-449 Pack will bend you every which way so you wouldn't be shocked that I have a surprised look on my face. Who knew I could bend that much?

Just in case you were wondering, these awesome boots are from LVLE and you find them down at The Pier Market until the 30th November. They are rigged and in sizes for men and women so get your butt down there for a pair before the event ends!

One last pose from the Walking On Air pack released from Elephante Poses. 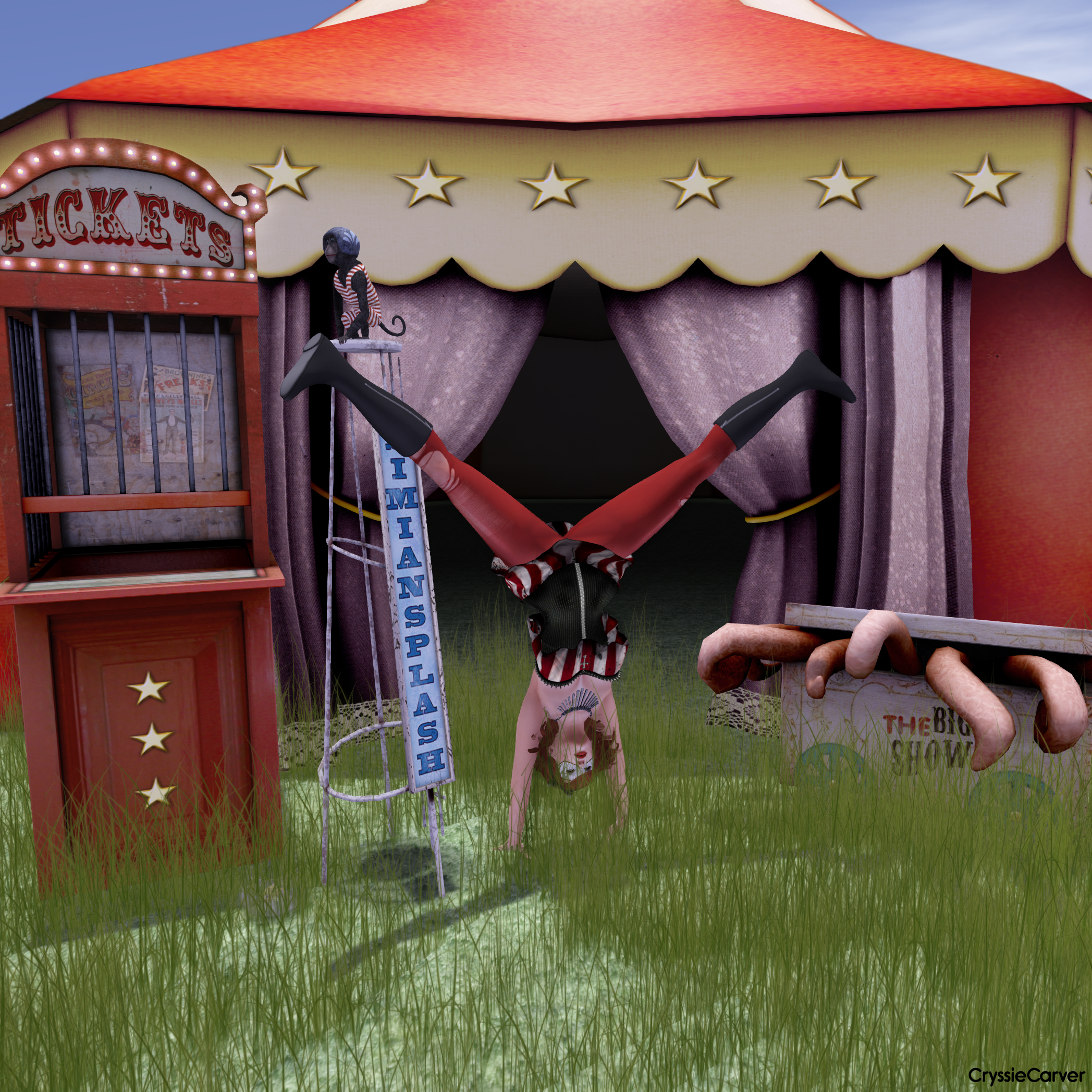 I think I'd fit right in at any circus with these kinds of moves. So roll up, roll up! Come one, come all! Get your tickets and come see the incredible goodies on offer down at Cirque De Seraphim!