Candy Fair 2014 closes on the 17th October and they'll be having a big party! You have until Midnight SLT before the sim closes so this is your last chance to get down there and grab all the delicious goodies you had your eyes on! 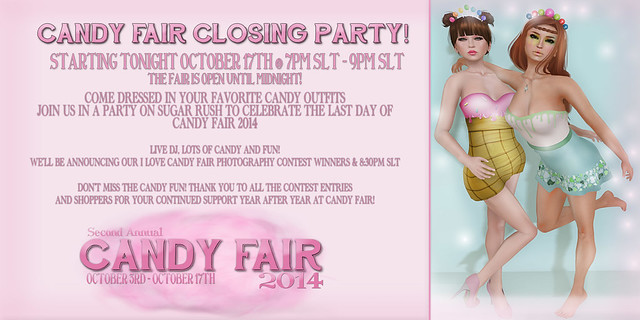 I have a few more bits that I wanted to share with you so let's dive right in!

Bang do great f/f poses. She's one of the best for them really. I never seem to have much of a problem with the avatars fitting and they can be used for friends or couples.

First up is Sweets.

Super cute and girly, and works for avatars that are different heights like Anita and me. Who can resist looking cute when buying cake? Not me!

The second pose is Sugarlover 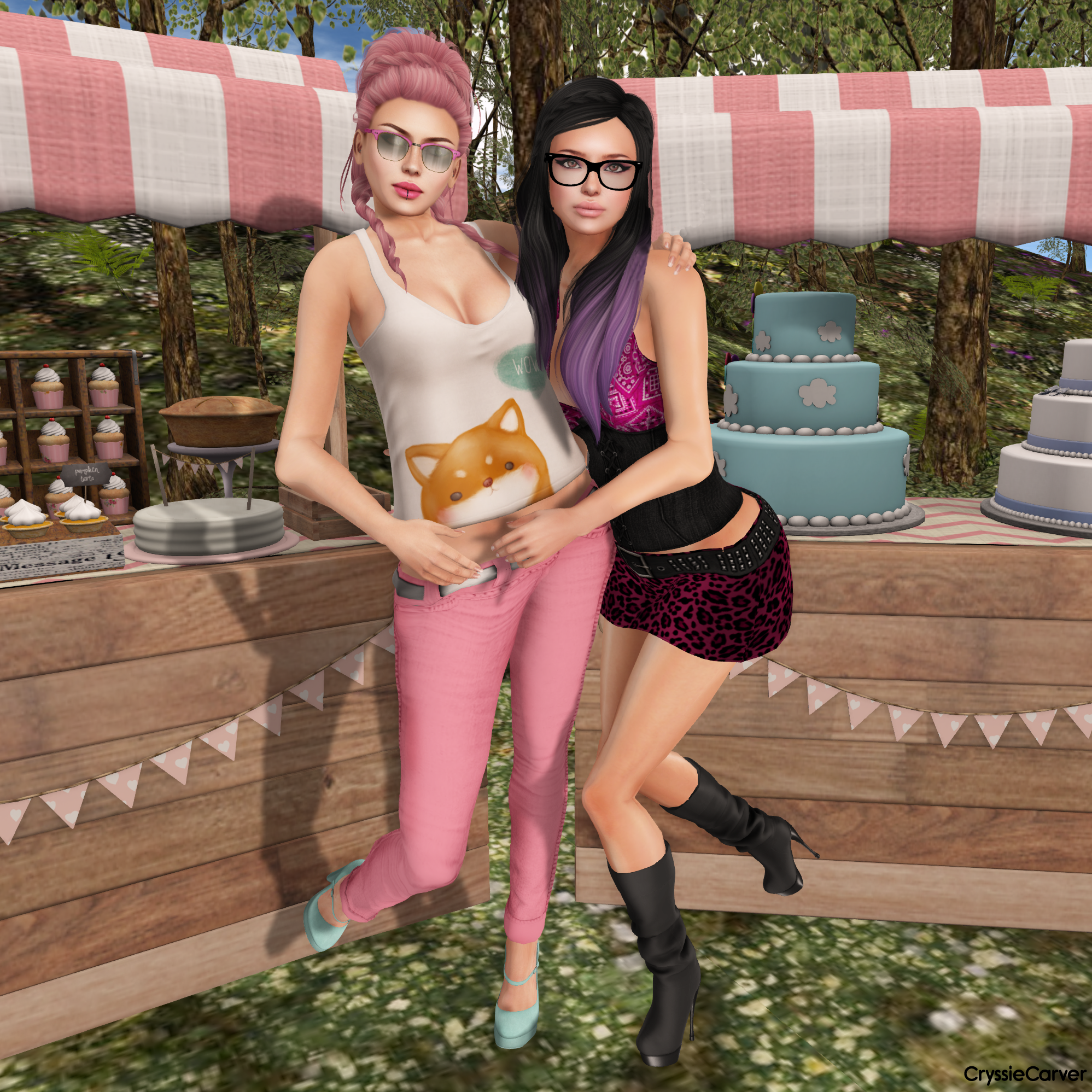 Just as cute but works better for avatars that are a similar height. (Anita had to sneak a little bit taller for me... thanks hun!) But if you're willing to photoshop a bit or just use the pose from like the hips up you'll have no problems.

Not content with just couples/friends poses there was no way I couldn't flop all over a doughnut when given the opportunity. Elephante Poses and Buttery Toast provided me with that exact opportunity with the Donutty pose prop. 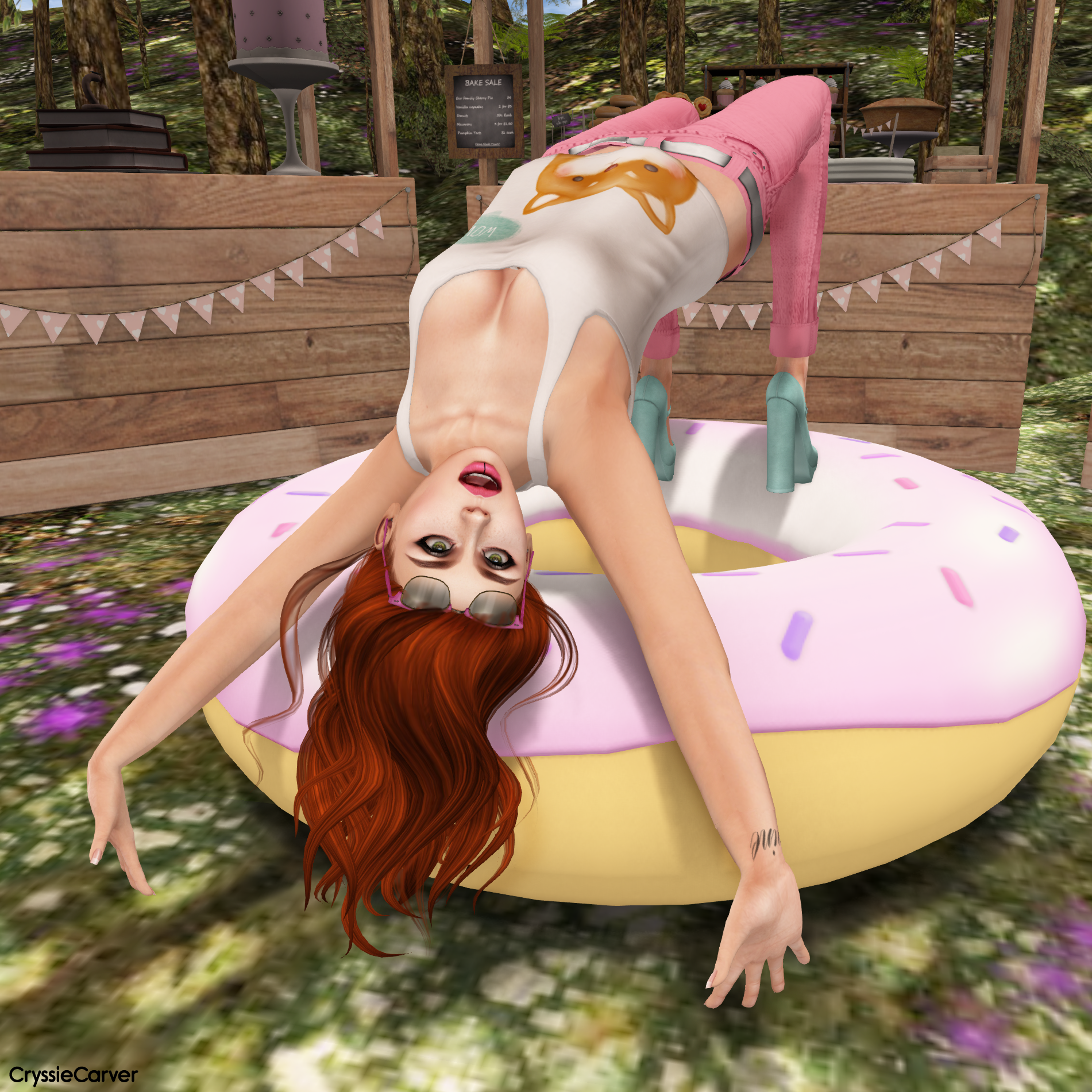 You might think this is a lot of excitement over a doughnut. But I really do love doughnuts!

Cat and I love ice-cream and I think most other people do too. So when I got this adorable pose from An Lar Poses called Lazy Sundaes that includes cute little ice-cream cones! 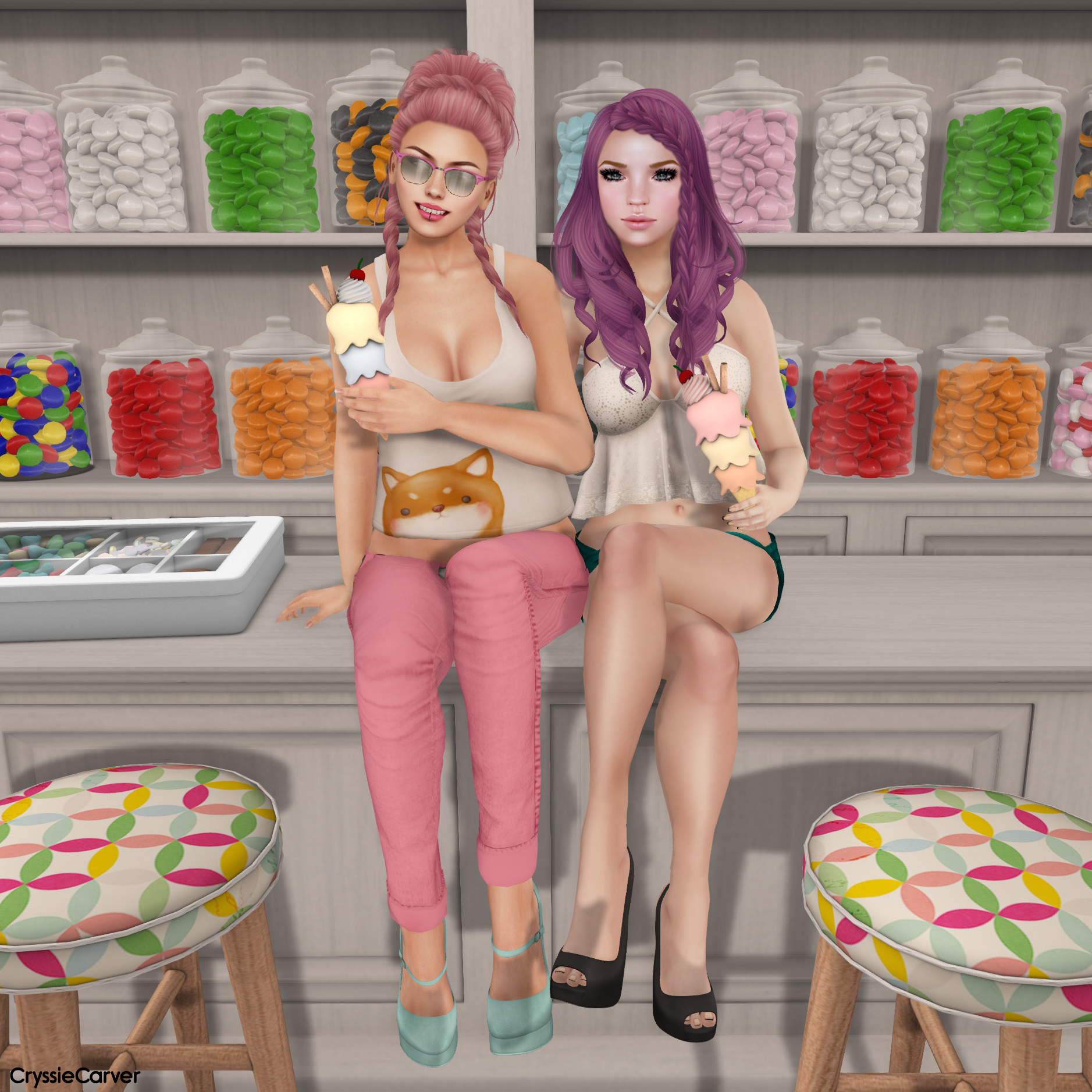 You get transferrable ice-cream cones to share with the friend or partner you decide to take the picture with. Or keep them both and make them hold something boring like a slice of stale bread!

Last up are the cutest little cupcake chairs from Axix

They have lots of different 'flavours' and I had Mint Choco and Cat sat on a Strawberry Cream. It's got a bunch of animations inside and these poses are just whatever I happened to catch when I took the picture. I really want to nom on that big cherry behind me...

In case you were wondering the really incredibly detailed cake stalls behind us in the first three pictures is the Bake Sale Stall from Paper Flowers. It really does make me wish these cakes were real. Super well made and beautifully textured. I also included some of the very pretty cakes you can win from their Celebration Cakes Gatcha so don't forget to try your luck there.

The delicious looking candy jars in the last two pictures are from Alouette. I know Scarlett actually made this set for last years Candy Fair but she was unable to take part. I know it's been out at her mainstore so some of you may have seen this, but she put it out for this years Candy Fair so it's right where it belongs! Great jars filled with yummy sweets and lots of cupboard and counter space too. The Candy Fabric stools are her brand new release for this year and there is also a Chevron Chair which isn't shown.

Don't forget that you don't have long to go shop so move those tushies!