With A Flower In Her Hair

Have you been to check out The Epiphany yet? Honest I swear this is one of the best rounds so far. Trying to pick things to show you guys has been impossibly hard because I want to show you every damn thing! It's open until August 15th so you still have plenty of time to go take a look. 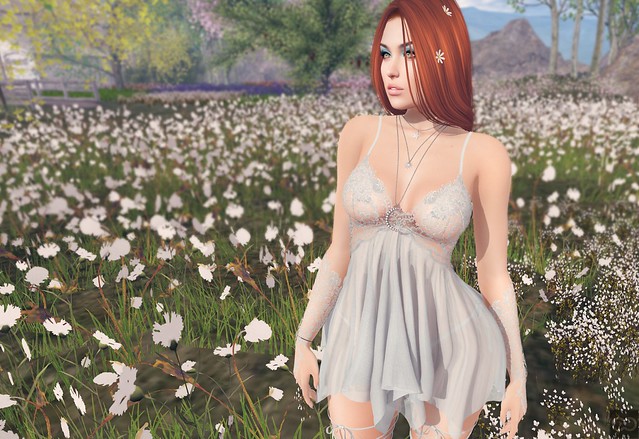 Addams has given you two gachas filled with goodies that you can mix and match. The Helene dress, gloves and tall boots are in set 1 and the panties are in set 2. They are only 50L a play. This is such a pretty outfit and make sure you play the right machine for the size you want. You can choose from any of the Belleza bodies, both of the Slink bodies and the Maitreya Lara.

Also I wanted to quickly mention that Mesh Body Addicts Fair is returning on August 1st, until August 21st, and they've been lovely enough to pick me to blog for them so you'll be seeing some goodies from them soon. 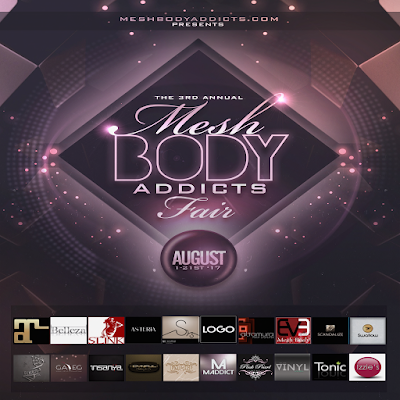 If you love everything for Mesh Bodies and/or Mesh Heads... this is the event for YOU!!!

The third annual Mesh Body Addicts Fair is brought to you by meshbodyaddicts.com and will feature over 80 of SL's best mesh body, mesh head, fitmesh, skin, bento and fashion designers.

To celebrate the third year of the Fair, there will once again be a photo contest! To take part, all you have to do is submit a photo of yourself (just you!) wearing at least 4 of the exclusive items available for sale at the Fair to the MBA Fair flickr group and title it 'MBA Fair Photo Contest Entry (your username)'.

Prizes will be awarded to the best styled and most creative entries, including a cash prize of 5,000L for the winner, and a 2,500L prize for second place!

Be in it to win it! Join the flickr group here