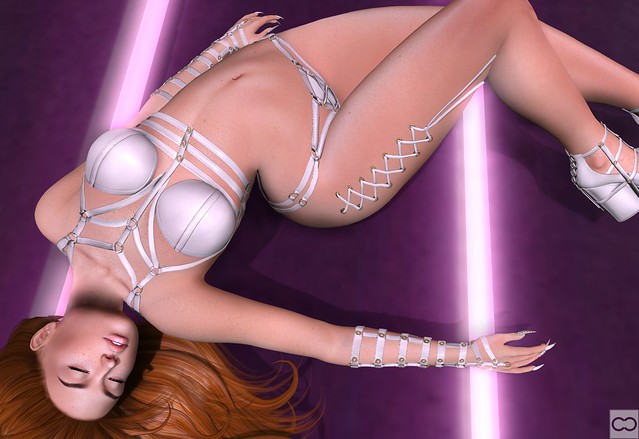 So I was very kindly asked by Trouble Dethly to be the featued blogger for Proust in Eclipse magazine and of course I accepted, I am very flattered to have been asked. I had a few questions to answer and had to submit some pictures so I chose to submit 4 new pictures rather than pull from my existing ones. I submitted a picture that was a little bit too risque for the magazine so I quickly go to work on another. The above picture is the one that didn't make the cut so I'm sharing it here. I will of course share the other pictures I took for the article and include the credits for them here but if you want to see them now, and read my little mini interview, you can head on over there and read it. The article I'm part of starts on page 56, but you should give the magazine a read, it's a really nice SL magazine.