Lootbox is back with everyone's favourite fantasy themed gacha event. You can win special lootboxes in each gacha with extra special prizes. I'm really into the Go Ask Alice gacha from Dead Dollz because it's full of great goodies. You're going to want to play this one. 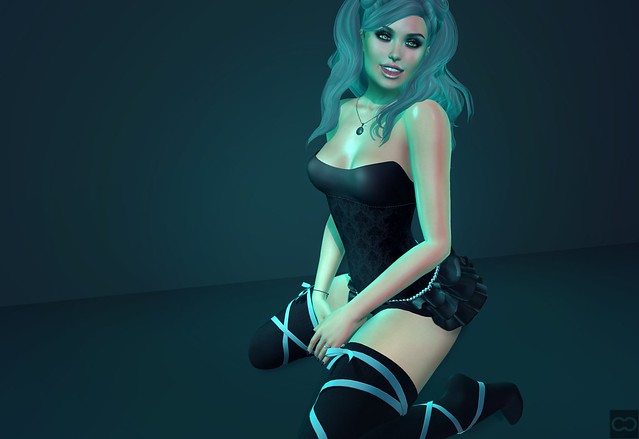 The Cheshire Cat bodysuit and stockings are both in the gacha. It's only 75L per play and it's made in fitmesh for Maitreya Lara only. The things about these pieces is that even if you don't want to dress up as the Cheshire Cat, Alice, the White Rabbit or anyone else from Alice In Wonderland then they still make really cute lingerie pieces that you can enjoy any time.

The Jaylee hair is also from Lootbox in the Jaylee gacha by Doe. There are three versions in the gacha, this is version 1. Version 1 and 2 can be won as commons and V3 is the lootbox exclusive so keep your fingers crossed if you want that version. This gacha is also 75L per play.


All items marked with an asterisk (*) are review copies provided by designers or blogger groups.